In India there is insurance on cars,scooters and bike but not for Indian farmers life 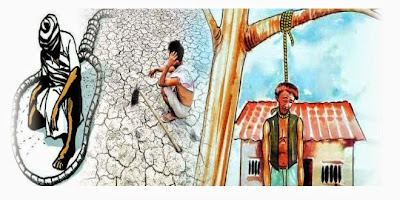 This slogan of a visionary prime minister had lost its potential and value over the time. After the independence, according to Gandhiji's vision of Gram-Swaraj, villages and specially farmers were to be the main focus of any development plan of India. As years passed, by agriculture industry lost its importance in India .This  caused severe distress among the farmers leading to  number of suicides among farmer society.

According to a report by Daily Mail, every 30 minutes an Indian farmer commits suicide as a result of Monsanto's GMO crops.What a shame on our Indian Government.

India is an agrarian country with around 60% of its people depending directly or indirectly upon agriculture.Being an agricultural country it is very shameful for our Indian Government that from 1995 to 2013, a total of 296,438 farmers have killed themselves in India, or an average of 16,469 suicides per year.There are many regions in India where farmers are committing suicide each and every day.Few of them are Haryana,Maharashtra , Uttar Pradesh, Madhya Pradesh, West Bengal. Among them Maharashtra is on top .In 2015 within 6 months 600 farmers committed suicide in Maharashtra,but still the government of Maharashtra announced that only 3 farmers committed suicide,what a shame on our Indian government.


Is this a right method adopted by our shameful government to express their grief or sorrow on farmers suicide?

Crop failure due to the bad weather condition has left many farmers unable to pay their debts. The Indian government announce to provide compensation to farmers with payments of up to $800 but some farmers say that's not enough to cover losses and some have committed suicide.I am asking from you is this a right method.Various schemes were put in place to try to reverse the trend. Yet they appear to have had little to no success.

Why Indian farmers are committing suicide?
1-Worse is the way our banks behave. Many of them refuse to give loans to farmers, unless say the Panchayat intervenes. Our farmers are not able to get loans from banks and  they can go to Moneylenders. The rate of interest charged can be as high as 40-70% for the year, and in only lenient cases can it be 40% or so.And when the farmer  is not able to pay debt, he is humiliated by the village and commit suicide. Our farmers depend mostly on rains for water, any changes in rain patterns lead to issues with crops, and in many cases the crop gets destroyed either due to lack of rainfall or too much rainfall and sometime due to rise in temperature.

2-If you try and get a tractor though using a loan from the very State Bank of India, the interest rate charged is nearly the double than interest rate on cars. For a loan of 4 Lakh rupees, the rate of interest is 12.5%, while for a loan of Rs. 5 Lakh it's 13.25% and for a loan of Rs. 6 Lakh rupees it is BR + 4.00% (14.75% p.a.) and above that to buy a tractor farmers should have minimum 2 acres of Irrigable Land / 4 acres of dry land (fully cultivable) subject to economic viability.

See this farmer belonging to All India Kisan Sabha organisation listens to rally leaders during a sit-in protest for their demands in New Delhi on August 3, 2009.See the loss of hope by our Indian Farmers.They are those because of whom we are live but they are dying each and every minute for their Lien,for their chase.They are Real Indian who are forced to commit suicide because Indian government is not helping them by providing better crop insurance policy as well as better life insurance policy for our Indian Farmers 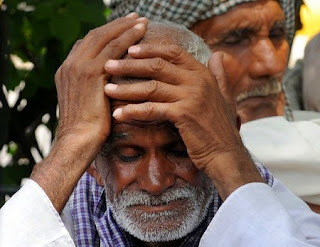 Who was Gajendra Singh and Why He Committed Suicide:

Om Prakash Dhankar, the agriculture minister of Haryana state, said on Tuesday that: "According to Indian law, suicide is a crime. A person who commits suicide runs away from his responsibilities".
"Such people are cowards and the government cannot stand by such cowards, such criminals," Dhankar said, according to NDTV.The comments came in the wake of large numbers of suicides committed by farmers in recent months.

I am closing my chapter but I hope you all will not close your heart.One line for our shameful India government "There is insurance on cars,scooters and bike but not for farmers life"..This is India where you can get easy vehicles loans or can buy a car at 7% interest rate but if you want to buy a tractor of rupees 4 lakhs you have to pay 12.5% interest rate.At one side government focuses on make in India and on other side farmers are dying in India or living a miserable life. 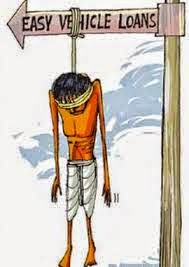 We should unite together to save lives of our Indian "GRANEFEROUS".Raise your voice for our Indian Farmers and for their families.Save them otherwise it will be too late.

at 13:27 5 comments:
Email ThisBlogThis!Share to TwitterShare to FacebookShare to Pinterest
Labels: better crop insurance policy in India, farmers are dying in India, List of state where Indian farmers have committed suicide, loss of hope by indian farmers, why Indian farmers are committing suicide
Home
Subscribe to: Posts (Atom)